Whoa. What a week. More than 80 Youngsters from 26 countries gathered in Gilwell Park. All have the same hobby: Amateur Radio. So that’s what we did for a whole week. Amateur Radio stuff.

Saturday was the day it all begun. Ryanair had some delay, so I came a bit late compared to all the others. I watched the end of the opening of YOTA, where we received our YOTA T-Shirts and some other stuff. We were then divided into five streams: Turing, Morse, Hertz, Tesla, Marconi.

Every stream had the same programme, but on different days. We had a programme in the morning, lunch from 1 p.m. to 2 p.m. and then our afternoon programme.

We had different activities, this is what stream Turing did:

In the morning we operated the special event station GB17YOTA, a really great station provided by the Camb-Hams ( www.camb-hams.com ). We used some Elecraft Transceivers with a lot of good antennas and we had quite often pile-ups. We were rotating at the stations for the different bands, so that everyone would use all of the sations during the timeframe for the activity. A cool thing is that you could hear a lot languages, because many operators answered to the distant station in their language, when they knew it.

In the afternoon we built a groundplane antenna for 17m. The wires in my team were all cut the same length, but the first wire was too short. So we ended up with an antenna for another band. We had some help from Lauren, M6HLR, who activated all 214 Wainwrights at an age of 12, and from her father (G0PEK). We antennas are leightweight antennas from SOTABEAMS that are made for SOTA.

We prepared for the Foundation licence exam. In the preparation have we learned how to tune a dipole, send and reiceive some Morse code (really slow), use the prefixes for British call signs in other parts of the UK and some other stuff. There hasn’t been a lot new for most of the participants, who already were licensed, except for the call signs.

After lunch have we begun to build a QRP transceiver for telegraphy on 17m, but the time was a bit short and I don’t think anyone finished in the short time. The transceiver kit was donated from QRP labs. It really has a lot of functions…

This is the day most happened. In the morning have we operated GB17YOTA again. See Sunday.

Our afternoon activity has been ARDF. This was completely new for me and has been a lot of fun. It really took me a long time to find all the hidden transmitters, but eventually I found them all.

After our afternoon programme happened something special, something unique. An experience you don’t have that often: We spoke to Paolo Nespoli, IZ0JPA onboard the ISS. But this contact was even more special than most ISS contacts, because it didn’t work at first. We could see Paolo using HamTV (2.4 GHz) and he heard us, but we couldn’t hear us. After some time we told him to raise the thumb. We then knew that the problem had to be aboard the ISS. Mission Control in Houston had been called and asked for a seond try. We had to wait some time. Then they called back. And we got a second try! Paolo has been floating to the Soyuz module. There he could use a working radio, 25 W instead of 5 W. But there we couldn’t see him, because the camera for HamTV is in the other module. That didn’t matter that much. We could ask out questions and then had some time to applaud, to let Nick, G3RWF, President of the Radio Society of Great Britain thank Paolo for the contact and to let Paolo say goodbye. It really was a moving experience. Thank you, Paolo. 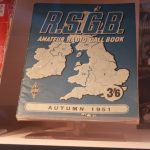 RSGB call book from 1951 in the Science Museum in London

We visited London on Wednesday, where we have seen the Big Ben in Westminster, 10 Downing Street, the Trafalgar Square and the Buckingham Palace, where we took the Underground to the Science Museum.

The group then went back to Gilwell Park, while I took the underground with DK3CW to 221b Baker Street, where I bought a Sherlock Holmes book.

For thursday, we could choose from different activities. Some went to the OFCOM receiving 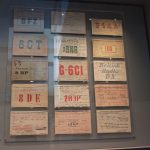 Some early QSL cards in the Science Museum in London

station in Baldock, where I haven’t been because the number of participants was limited to 40. Some have been operating GB17YOTA, completed their transceivers or 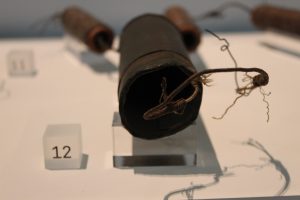 An early coil in the Science Museum in London 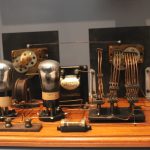 Early RF technology in the Science Museum in London

decided to visit the shop of the museum, instead of waiting for the transceiver to be free for me, where I bought two books about Alan Turing.

From the museum, we drove around half an hour to a SOTA summit, where we made some contacts, before we drove back to Gilwell Park. This was the last day, so had a party and some goodbyes. We received the results of the foundation licence exam and every participant received a books about DXpeditions.

Conclusion: I’d visit YOTA again, but the number of participants is limited and participants who have not attended a YOTA camp before are preferred. 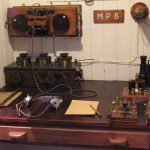 Thanks to the RSGB, the IARU and all the organisers of YOTA 2017! 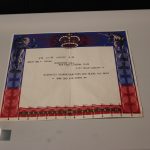 A telegram in the Science Museum in London

More about YOTA 2017 from the Radio Society of Great Britain: http://rsgb.org/main/about-us/yota-2017/
There you can also find the Daily Diaries, some great videos about YOTA. 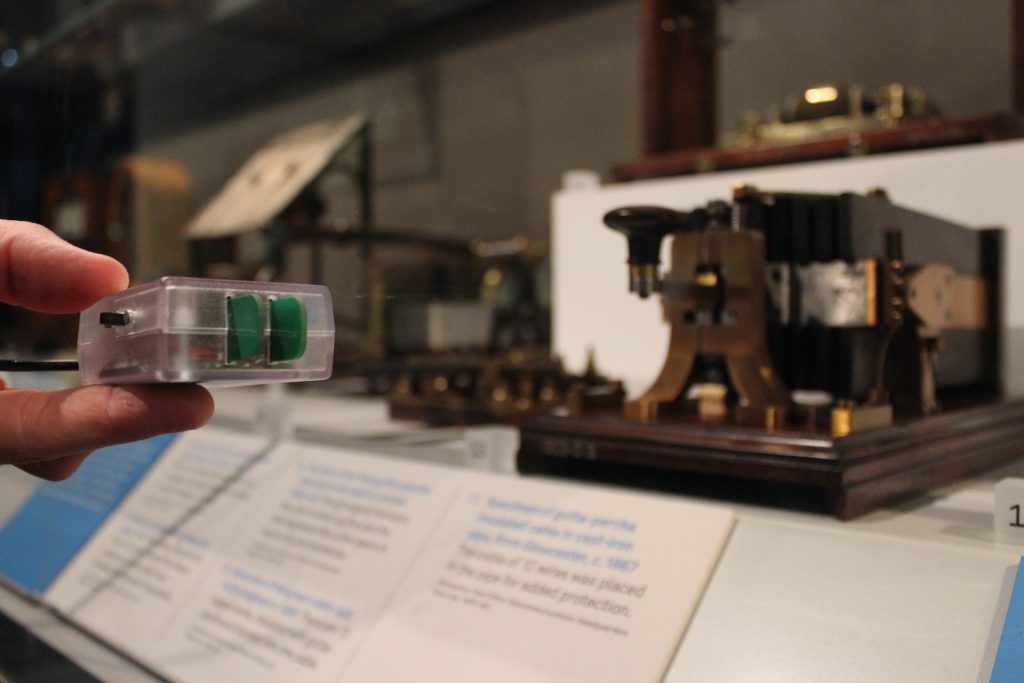 Jakob, DK3CW compares a modern morse code paddle to an old Morse key in the Science Museum in London